Back in my fave National Park for this intimate Yosemite wedding with Steph and Keller! These two sweethearts chose to have an elopement with family in one of the most beautiful places in the world! They held a private sunset ceremony in the valley with their loved ones in the most intimate Yosemite wedding ever. After they said “I DO” we stayed in the valley and captured some golden hour portraits with the glorious Cathedral Rocks and El Capitan in the background. Steph and Keller wanted portraits in two separate locations in the park, so the next morning we got up for some EPIC sunrise photos at Glacier Point!

This is such a great example of a couple designing their elopement day around their locations and time of day! Sunsets and sunrises in Yosemite are amazing as it is, and planning your timeline around taking photos in your preferred locations at those times is so smart! A Yosemite wedding can be tricky when you want photos in multiple locations as it is not a small park – and the driving can take up some time! Booking in a day-after session is a great way to sneak in some extra time for portraits and exploring together! I’ve had so much fun being able to explore the park with various couples, it never gets old! I can always help you pick the right place for your session or elopement!

I’ve mentioned this before, but If you want to elope in Yosemite, it’s important to note that they have construction coming next year. As stated by the NPS – access to Glacier Point will be limited to a few strenuous hikes. That means you will not be able to drive road from spring-fall 2022 and 2023! But don’t worry, there are plenty of other epic elopement locations to consider in Yosemite! Reach out sooner rather than later and let’s start planning. Okay now enjoy this romantic Yosemite elopement and save the photos to your Pinterest for later. 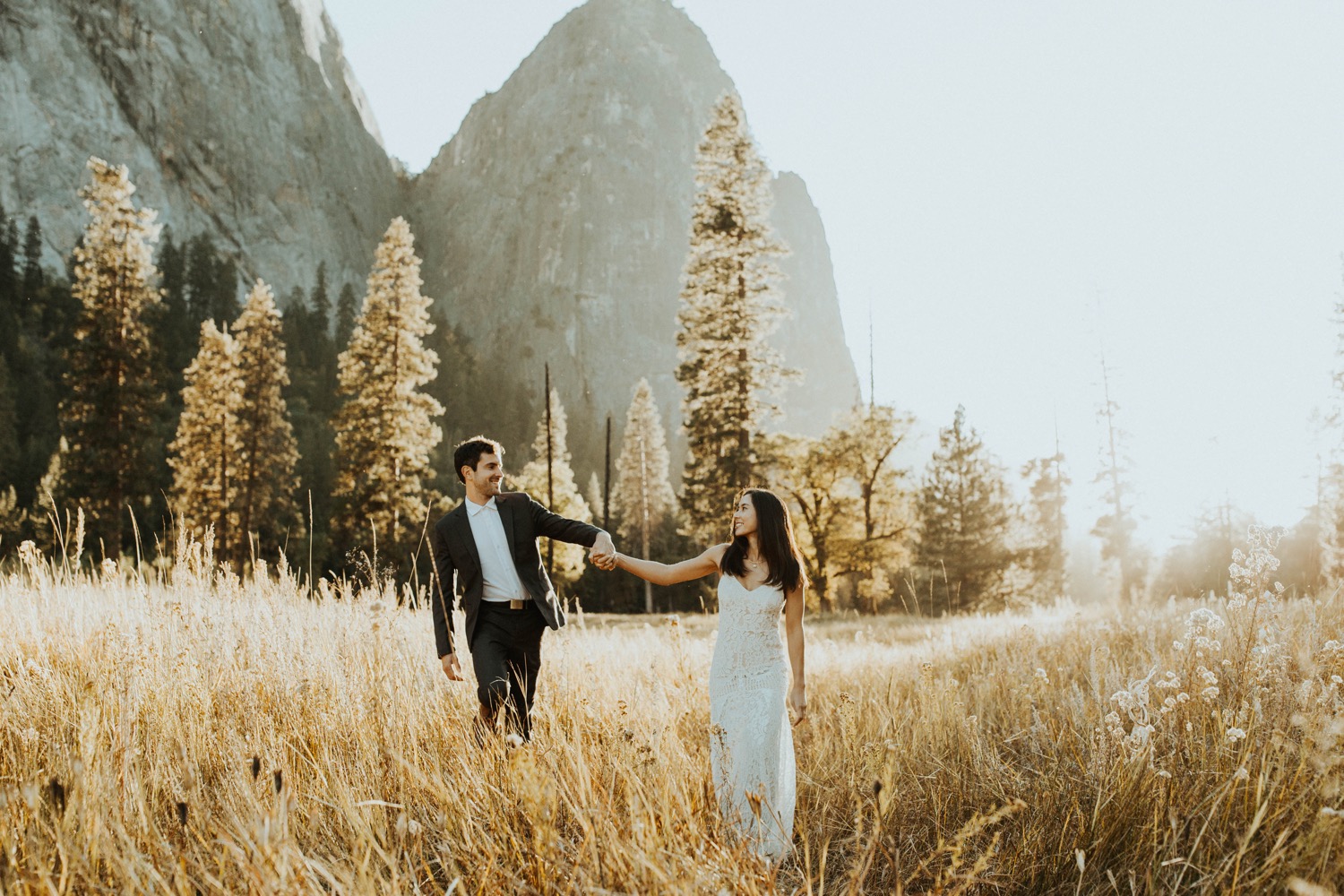 Check out another epic Yosemite elopement on the blog here